The arctic blast isn’t nearly as bad here as the rest of the country east of us, but our temperature dropped almost 30 degrees from yesterday. The morning was sunny and calm which was a good sign. If the temperature got to 28 degrees give or take a degree, I would go out with my easel.

The weather gods were with me and I dressed like an expedition adventurer hiking through the Arctic. I planned to paint at my sister’s lot and hiked over there. It is sunny and beautiful day but almost too sunny—if there is such a thing in the middle of winter in Montana. Be that as it may, the snow was blinding, I had to find a more shaded area. I hiked up to the creek, in my winter suit, and by the time I finally decided on a scene and got my kit set up, I was sweating. Way too much clothing for all that exercise!

I’ve been coming to this area for the past 16 years and it is such a picturesque spot. I’ve often walked by and wondered how I would paint it. The pump house is located right on a single lane road and getting a good vantage point is difficult as there isn’t much of a shoulder on either side. I’ve taken lots of photos but somehow never thought to tackle it. I have a newfound confidence in painting snow so today was the day!

I set up as far as I could off the road, trying for a view that would give me some perspective on the pump house. I had limited time to paint because I’d used up a good portion of my allotted time trying to find a spot that spoke to me…and, my muse.

I’m posting two versions of the painting. The first is the painting as it was, ugly board and all, when I packed up and headed home. The second version is the second (and third) pass at the painting in my studio.

In this first version done on site, I’ve established all the main elements and approximated their values and placement. Getting the color notes down was the next step with more vibrant colors in the sunlit areas and the deep shadows of purple and green. I quickly added light and shadow patterns in the foreground. I had already written the words on the sign but as the sun moved, the light washed across the sign and I captured it with just a few strokes, obliterating the words.

Going back to the painting in the studio, I reestablished the words on the sign and added more modeling to the tree. All the background area has been reworked to blend a little more and fall back. The darkest shadows in the foreground snow are now a lighter value and the patterns rearranged to be consistent in direction. John suggested I add the path down to the creek. There is a path down but I couldn’t see it from my vantage point and the snow berm was in the way. I added one more touch to the reworked version, but I’ll let you figure that one out! 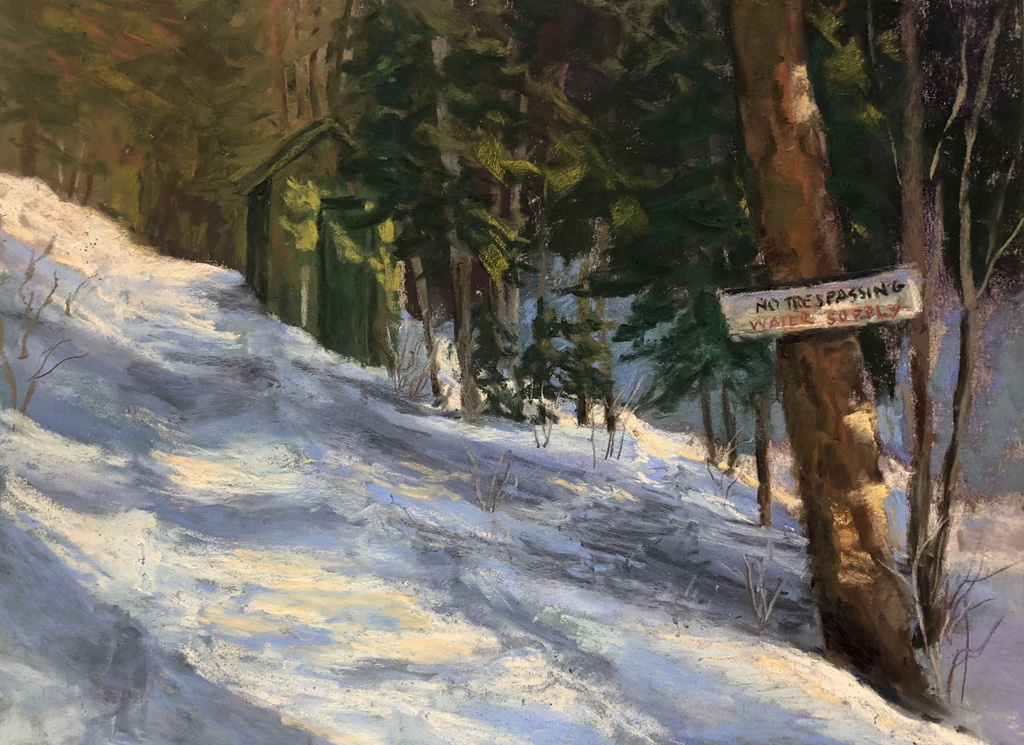 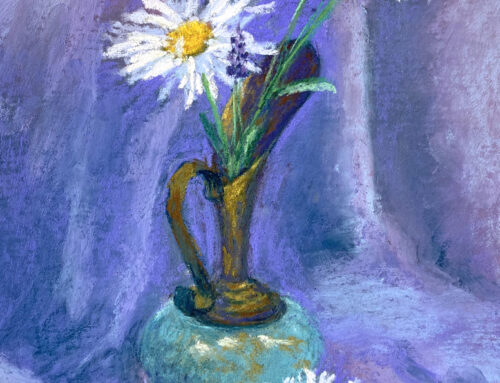 In Celebration of Giorgio Gallery

In Celebration of Giorgio 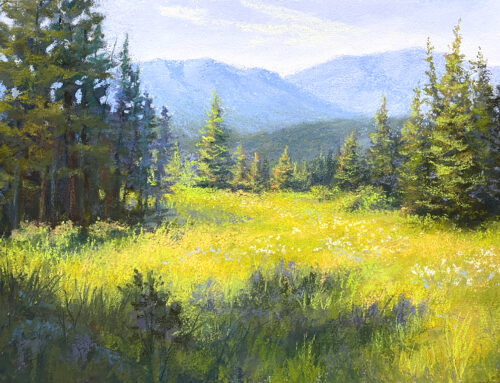 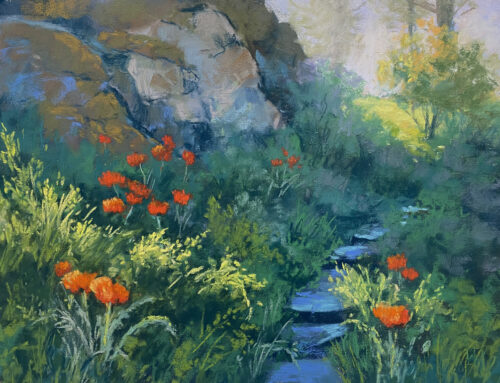 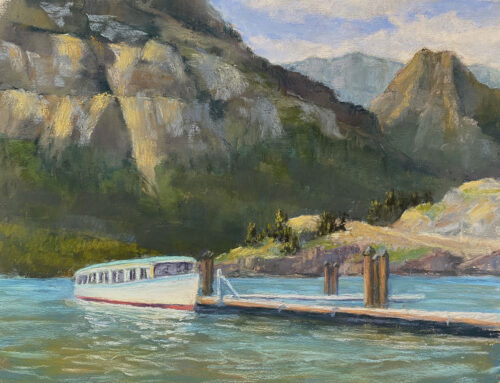 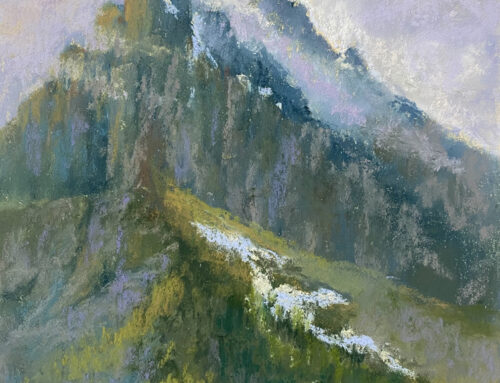 Grinnell Point in the Clouds Gallery

Grinnell Point in the Clouds